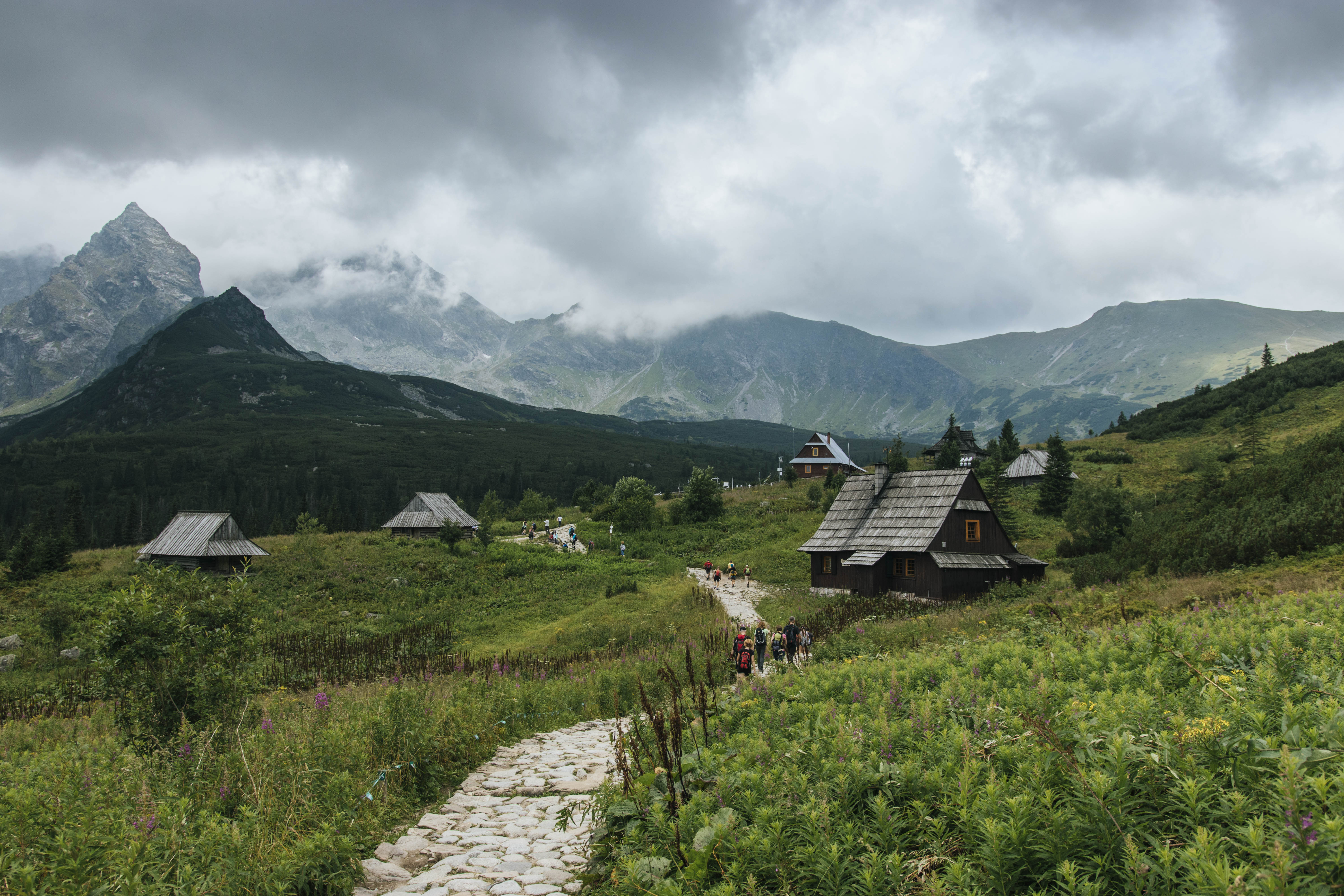 The Making and Disappearance of the Perfect Recording – Part 2

Can You Fly was the album that put Freedy Johnston on the map and set the tone for his future recordings. It was well received and made several critics’ “Best Of” list that year. Robert Christgau of The Village Voice called it a “perfect record”. In a way, I think Freedy tried to return to the quality and mood of Can You Fly in his later works, while he tried to show his independence.

Pay no attention to the man behind the curtain!

Mark Zoltak was the man with a plan. He saw the big picture and had extensive musical knowledge. When he was listening to a demo, he was listening to his final mix. He preached Freedy’s work as the Scriptures quoted by Billy Graham. Mark spoke at a pounding, mile-a-minute pace with motivating energy. His mind was five steps ahead of yours in a conversation. When we were in the air on the way to Holland, he remembered that he left his car double parked, with the flashing lights on, on a busy Hoboken street. That was just like him, since his passions sometimes made him distracted. He had an absolute panic attack on board the plane! Mark was consumed with Freedy’s career and was the perfect manager. In the not too distant future, Freedy would fire Mark.

Here’s the real deal. Mark was the kind of person that, at first glance, few took seriously. Soon, however, he displayed qualities that few can aspire to. He said what he thought freely and often. He was politically incorrect. He said things with serious intentions, but in a way that generated laughter. The bottom line is that Mark knew what he was doing and he knew it better than anyone. The problem with Mark was not its problem, but it was one of external perception. It’s that he just said and did things in a way that often didn’t impose authority. He didn’t have much of a background in the music business, nor did he play any instruments. He was sometimes personally volatile and unprofessional. So it’s important for you to know this because Mark was not properly credited in the first edition of You can fly. This was ironic because Mark had been the executive producer, the producer, the arranger, the manager and the supplier behind the scenes. In truth, Mark was the one who had a clear vision for Freedy’s songs and single-handedly brought this recording to life. Yes, others (including Freedy, of course) played a part in the success of the project, but Mark exposed Freedy’s career and handed it over to him. I think this realization may have tortured Freedy over time. How can the artist freely admit that someone else is responsible for doing his work, perhaps better than he, while only accepting credit for his brilliance? Later, Mark had to kick and scream to get the Executive Producer credit, which he deserved.

The recording of the basic tracks for Can You Fly took place in two parts, each separated by a year. We started in the fall of 1990 at the old Water Music in Hoboken on Grand Street. I have fond memories of this studio, as I did quite a bit of recording, including the one with Helen Hooke. VersabilityThe Silos’ To victoryby Kevin Salem unpublished and Maderose shoot it down. I also produced Ms. Lum’s airport love song there. The first batch of songs included. Responsible, california thing, tearing this place down Y wheelyes The band lineup consisted of myself on drums, Freedy, Jared Nickerson on bass, and Jimmy Lee. Graham Maby produced this batch of songs and also played some guitars. These sessions were fun, easy and joyful. The general mood was good and Freedy’s songs were so good that they seemed to play themselves. I remember feeling immense satisfaction after these sessions and I knew we created something special. I listened to the basic tracks of Responsible and the occasional endless outing in my car and at home for months afterward. I would have been a fan even if I hadn’t worked on these songs. Freedy was the most unique and original artist I had ever worked with. He was sure that he would be as famous as Neil Young, Leonard Cohen, Wilco or the like.

The next round happened a year later, around Thanksgiving 1991, under the direction of Mark Zoltak and producer Knut Bohn. There was a big difference in Knut’s approach to recording. He had specific ideas about kick drum patterns and would mute my cymbals with tape. You can really hear the dry cymbals throughout the recording and especially at the end of Trying to tell you that I don’t know. In general, he seemed like he wanted to minimize the drummer’s role in the band and didn’t want the parts to stand out, while Graham had a “go ahead” approach.

I worked with (or around) Knut relying on the nuances and subtleties of my performances. For example, in the new sun it has fewer fillers but a more intricate groove. The fact that The fortunate it has absolutely no filler, it actually brings out the beat and the song. Because my drum fills with Knut were sparser and less active, it was a challenge to keep them interesting and effective. Admittedly, some of my drum fills ended up sounding a bit Charley Watts-esque, which (I think) secretly freaked out Freedy and Knut. Although they never confronted me about it, they would communicate with not-so-subtle looks or expressions while playing the drum tracks. However, despite their disrespect and attempts to downplay my contributions, the musical choices I made and performed for You can fly they were incomparable.

Here’s the real deal. This was no small task. I had to work within the limits of Knut while he executed what Freedy heard. He wasn’t the best musical communicator. To complicate matters, Freedy insisted on bringing in his old drummer, Alan Bezozi, to play percussion on the record. By Freedy’s design, the guy had to shake a tambourine or ring a bell on every damn drum track. Freedy was carried away by Bezozi’s percussion as if he had just witnessed pure musical genius. The subtext was, “Now, if that (instead of Brian Doherty) would have played drums on my record, then we’d have a masterpiece on our hands!” Trust me, I’m not a sensitive “victim” making this shit up. It really happened, and it was ridiculous. passive aggressive behavior for reasons unknown to me Alan Bezozi was the drummer for Freedy before me and played drums on The three problemme. As a drummer, Alan was a beat breaker and had trouble getting to the heart of the music. He didn’t go unnoticed by others, but Freedy would still trust Bezozi as his go-to person. Bezozi came up to me once and said: “No offense, but your songs on Can You Fly sound like they’re on a Bob Seger record.” I pointed out that drummer Roger Hawkins (of Muscle Schoals fame) played on many of Seger’s tracks and thanked him for the generous compliment.

Months later, I went to a Freedy show in New York at the You can fly tour and was not surprised to hear Bezozi’s musical blocks during the set. I felt a tug on my sleeve and turned to look at Michael Azerrad, musician and Rolling Stone journalist standing next to me. “Why the hell aren’t you up there playing drums?” I ask. “This drummer is killing these songs!” I shared your point of view. Let me conclude this section by telling you that in 2007 I received an email from Freedy, after not hearing from him for many years. He was planning a 15 year anniversary concert, commemorating the release of You can fly. She explained the situation to me and told me that she was putting together the team that had worked on the record. He also told me that he had already secured Alan Bezozi’s engagement for the concert. It occurred to me that it might be a two-drummer thing, even though I was the only drummer on the recording. I don’t know how the concert turned out because I wasn’t there.

If Jared Nickerson was the definition of cool, then Kevin Salem was the epitome of scruffy. Kevin, who looked like Cat Stevens, would walk into rehearsals reeking of cat urine. His jeans were ripped from the crotch to the ankle. His entire pant leg was a big rip. The only thing protecting him from an indecent exposure charge was the yellowish long johns he wore underneath it. He was opening his guitar cases and the stench of cat urine almost knocked you over. At dinner, the guy would stare at the food on your plate like Steve Guttenburg’s character in that movie. Dinner. On the Holland Tour, Kevin hired me to play drums on his next recording (which he would never see a dime for), and later he would ask Mark Zoltak to help finance it (I’m also not sure Mark would ever see him again). your money). ).

You can fly it was released in early 1992. Shortly after, I went to Europe with The Silos for a five week tour. Before I left I got a call from Mark Zoltak asking me to work with Freedy in Belgium for a week or so. Miraculously, Freedy’s dates started a day or two after Silos’ last date. It was perfect. I was then informed that Freedy had no money to pay me and asked if he would pay me for the cost of expenses and meals. I told Mark I’d think about it. Meanwhile, I received a call from Kevin Salem, who was furious about the situation. I shared his sentiments and we agreed that we would both decline the offer. In a phone call, I told Mark how I felt and that he would not be making the trip to Belgium. About a week after I got back from The Silos tour, I called Kevin Salem to catch up and chat. He informed me that he had just returned from Belgium where he was working with Freedy.

From Freddy to TMBG

In later years, Freedy and I saw each other only on a few occasions. There was a concert at Woodstock. Once, he was invited to my house in Stone Ridge, New York, and there was a recording session with Freedy and Marshall Crenshaw, produced by John Flansburgh of They Might Be Giants. My drum tracks on You can fly they are some of my best. She was 28 years old and felt that she had progressed musically. It was the bridge that took me away from The Silos and to many other bands. Today, having played in bands and sessions for 30 years, I can tell you that sometimes it can be an absolute chore to work on music. Often it is useless. the songs of You can fly, however, were a breeze in comparison. That’s because they were well-written songs, straight from the heart. Later, my drum tracks would attract the attention of They Might Be Giants, with whom he would work for the next several years.

After the album’s release, Freedy fired Mark Zoltak and hired the manager of They Might Be Giants. Mark would explain it to me later saying, “I was worried about Freedy’s music and now he wants to cash in on t-shirt sales like They Might Be Giants do.”

What types of commercial property should you invest in?

the city of attractions